CITY OF PEARL has been named as one of Barnes & Noble's 55 essential space operas of the last 70 years. Five of the six books have been Philip K. Dick or Campbell Award finalists.

An original six-part series about first contact, where an Earth expedition searching for a lost colony finds humans aren't the top of the food chain, and a disgraced copper and an alien war criminal strike up an unlikely alliance. Read the series in order, because it's one continuous story and the spoilers are massive. CROSSING THE LINE has been hard to find for some time but HarperCollins have now reprinted it.

Hover over the covers for info. 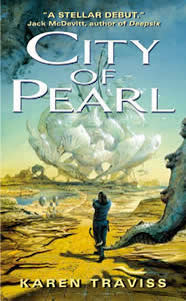 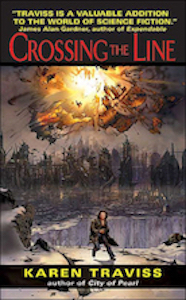 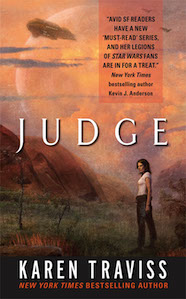